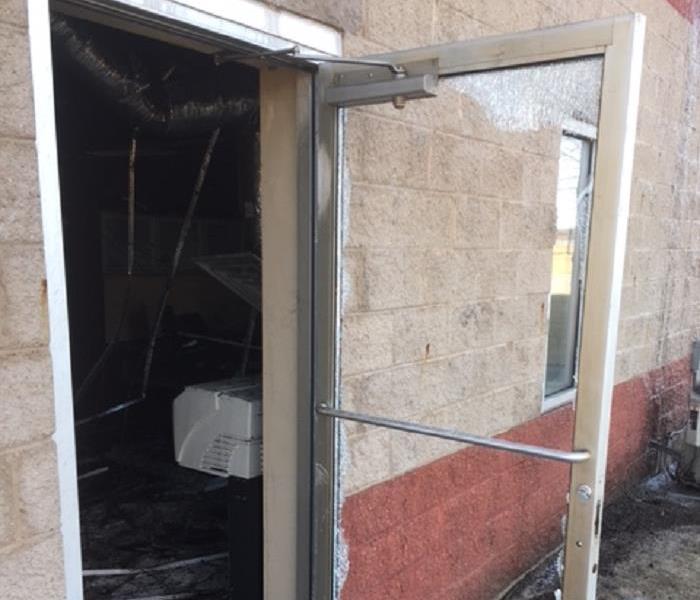 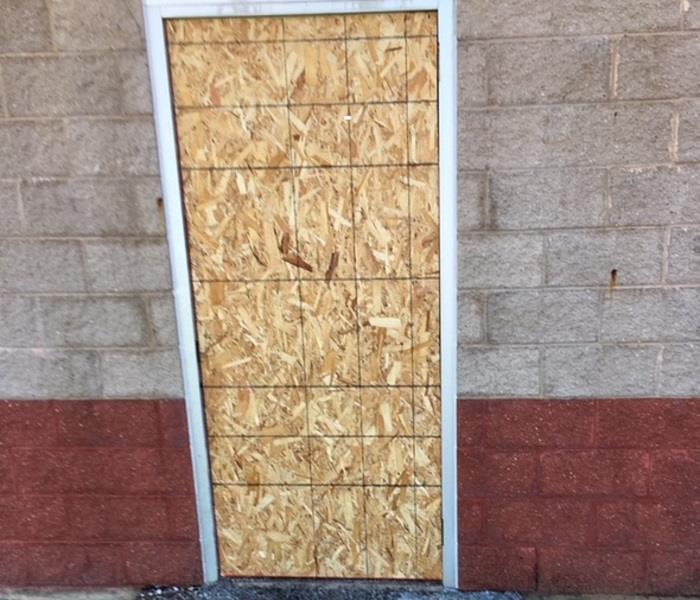 Boarding Up After a Fire

On Easter Sunday a fire broke out at a commercial location in the Green Bay area. In order to get in and fight that blaze as quickly as possible, firefighters needed to smash doors and windows. Fire rescue workers had no time to waste to ensure the fire did as little damage as possible. After the firefighters put out the flames, the building was exposed to the elements because of what needed to be done to get inside. That's where SERVPRO of West Brown County came in. We boarded up the smashed in door to ensure that the inside of the building would be protected until the door could be replaced.