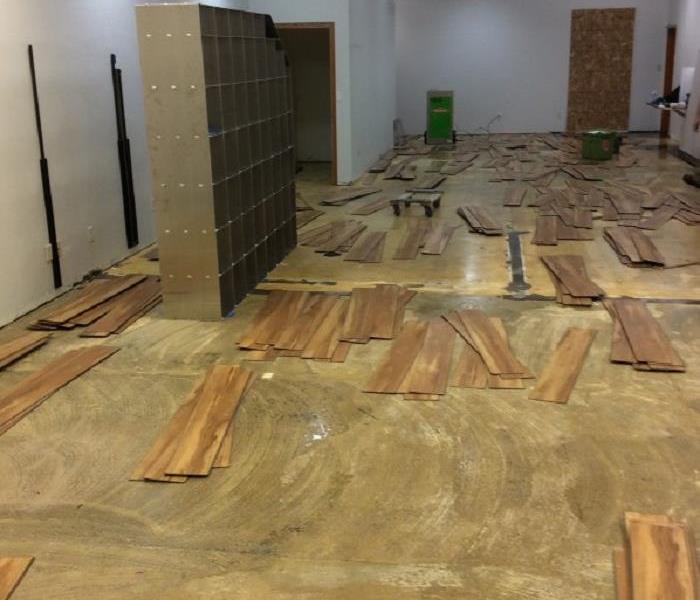 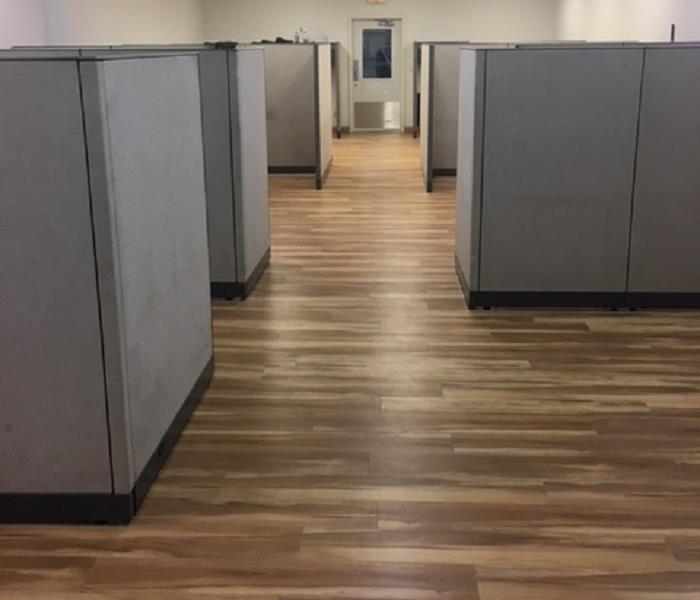 After a blizzard hit the Green Bay area in mid-April, about two feet of snow was left behind. That snow was wet and heavy. It collapsed part of the roof of a local business, which then broke a sprinkler head. Combined, those two incidents left water all over the office and the rest of the building. SERVPRO of West Brown County was called in to deal with the water damage on a Monday morning. Our teams took down cubicles, removed floorboards and dried everything. After everything was dry we came back in and rebuilt the office from the floors to the cubicles. We were done rebuilding by Friday afternoon. It took only a few days to go from before to after in this case.